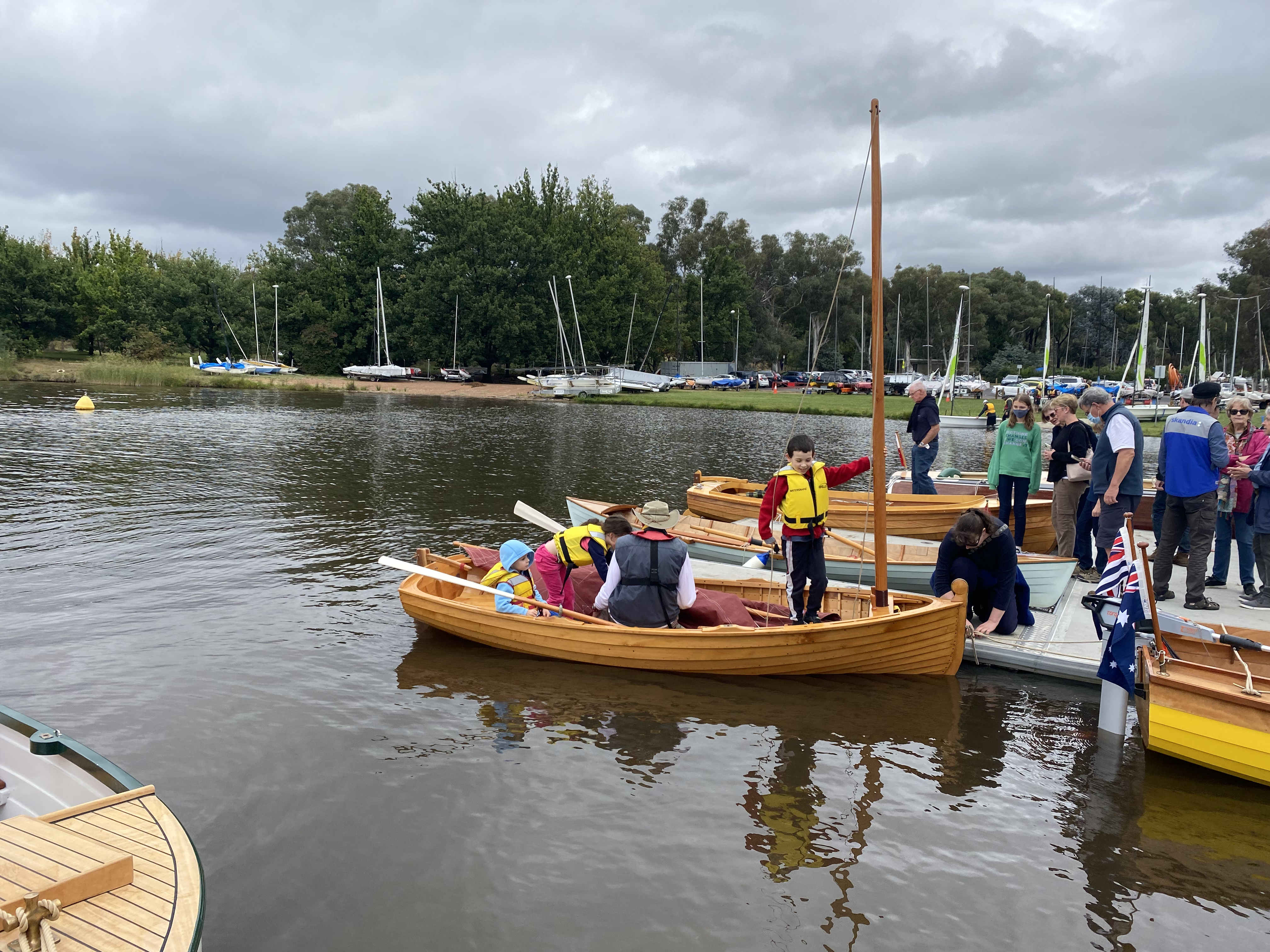 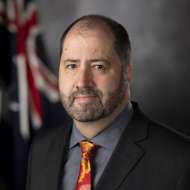 Our recent Boatfest was held on Saturday 9th –Sunday 10th April, and was based on the lawns of Canberra Yacht Club. There were 28 boats on the water during the weekend, with about 20 on the water and displayed for the public on Saturday, and 18 boats in the parade on Lake Burley Griffin on Sunday. Most of the boats were from Canberra, with a few visitors from Goulburn and the south coast. There were a couple of steam boats, a few putt-putts and the

Despite rain threatening, on Saturday morning we cruised east past some of the capital’s well known institutions, such as the National Museum, National Library, National Gallery, the High Court and back to the yacht club. During lunch there was a display of boats to the public, which was listed as an event of the Canberra Heritage Festival. A fair crowd turned up, to admire the boats and chat to owners, especially interested by the older style putt putt motors. After lunch a few boats headed to the western end of the lake, to see the Governor General’s residence. On the social scene, boat owners and friends gathered for a meal on the Saturday night at a local hotel.

On Sunday, there was some glorious sunshine, a rarity in Canberra this autumn. There was a parade of all boats, to  Kingston Harbour, an interesting piece of water surrounded by 3 storey blocks of units. Some of the boats taking part in the Boatfest were:

Elektra Built by owner Brian Wells in 2008, Elektra is a 20’ Thames Slipper launch built in plywood over wooden frames, and powered by twin electric motors. It is currently for sale

Cormorant is a clinker putt-putt with a 5/7 hp Blaxland Chapman twin cylinder motor, originally built in the 1950’s, and extensively restored by owner John Kemister after being rescued from a paddock near Wagga. It is listed on the Australian Register of Historic Vessels.

Khepri is a clinker runabout, about 12’ long, built to a Paul Gartside design, by owner Ross Wilson at Duck Flat Wooden Boats in 2019. Powered by a Torqeedo outboard.

Sandpiper II, an American east coast catboat with a traditional gaff rig, was displayed on a mooring by Ross Wilson and David Benger.

Noosa was built in the 1920s as a hire boat on the Noosa River in Queensland. It has White Beech planking. After being rescued from the mangrove mud, extensive renovations by owner Robyn Thorne took 23 years, and involved new bottom planks and decks of NZ kauri, interior timbers of celery top pine and fitting a 5 hp BRIT motor.

Maggie was built by owner Marcel Kievit in 2015, and is a small plywood boat with sail and a small electric motor. Unfortunately, electrical problems were discovered soon after launching on Saturday morning, and Maggie could not participate further.

Cygnet was originally an Edwardian-style steam ferry on Lake Burley Griffin in the 1990’s but was converted to electric power by owner Jim Paterson, and operated at the Boatfest by Peter Ottesen.

Skerry is a small clinker sailing cruiser, a Eun Na Mara design by Iain Oughtred, that was built by its owner Richard Almond over 8 years, completed in 2011. It has an auxiliary electric pod motor.

Flinders is a huon pine rowing /sailing dingy with a balanced lug rig, built in 2014 by owner Dick Bedell who travelled from Batehaven.

Lady Ciara is a steam boat with a vertical fire tube boiler, single cylinder reversing steam engine built by its owner Mark Farquhar over the years 2003 – 2013 Ample is a16’ clinker dinghy with a Torqeedo outboard, built in 2019 by its owner Peter Hawker who travelled from Narooma.

Stout is a small ? 8’ boat powered by oars or a small electric outboard, built from plans by Iain Oughtred, by Peter Hawker in 1994. Peter and his wife Elisabet used both Ample and Stout over the 2 days of the weekend.

Southern Rose is a clinker dinghy brought from Tura Beach by its builder Alister Lee. This boat had an interesting inboard electric motor, with a vertical battery, and all timberwork was varnished. At the end of the Boatfest, Southern Rose was sold and will be staying in Canberra.

Lady Jen is a 20’ single cylinder 3 x 4 steamer built in 1991, and brought from Goulburn by Patrick Kennedy. Despite getting steam up early on Sunday, Lady Jen snapped a drive chain and could not join the parade.

Tessa is a classic Jack Holt design 1976 Heron, with oars, sails and a 3.5 hp Tohatsu outboard, that meant Rod Panter could keep up with the parade. Tessa came a short distance from ‘interstate’ ie. Queanbeyan.

Grey Noddy is a 11’6’’ clinker dinghy from an Iain Oughtred ‘Shearwater’ design. It was built by its owner John Brickhill in 2013, and despite it being a sailing dinghy usually has a Torqeedo outboard so it can stay with the fleet in windless days.

First Light is a Chester Yawl rowing skiff, built by owner Les Sullivan. Les brought along 22 friends from Capital Lakes Rowing Club in restored wooden rowing sculls including an Octo (8 rowers, 16 oars) two quad sculls, two double sculls and a single. These rowers were quite a picture in their striped jerseys, straw boaters and red neckerchiefs.

Eleanor is a replica 22 foot 1950s gentleman’s runabout, built by Bob Davies over 6 years (2013 -2018) with all Australian timbers. Powered by a modern 6 litre V8 motor with the full range of anti-pollution gear, she rarely gets above idle on Lake Burley Griffin. Eleanor was an entrant in the Hal Harpur award in 2021.

Joy is an 18’ clinker Derwent Skiff designed by Allan Witt, and built owner Julian Robertson in 2007. Although powered by a single rower, the use of a sliding seat means that it slips through the water very nicely.

Aquilo is a 30’ wooden schooner, built in 1980, with auxiliary power from a 20 hp bukh diesel. Unfortunately Aquilo had engine problems on Saturday morning and her owner Iain Kerr and could not leave her mooring in Kingston harbour.

Philip (Pip) Scharf was a late arrival in his demonstration 8’ wooden pram powered by an electric trolling motor. Pip builds these boats at Mountain Boats in Fyshwick.